The philosophy behind Yamaha’s Yard Built program is to show what is possible when the custom industry’s most creative mindsare let loose on a standard production bike. In the last few years we’ve seen some incredible two-wheeled masterpieces emerge from workshops all over Europe, and the new XR9 Carbona by Bottpower is surely one of the most radical Yamaha Yard Built specialsever seen.Compact, aggressive and light, the XR9 Carbona is designed to deliver a high level of performance on those twisty and challenging open roads thatgetevery rider’sadrenaline flowing. The story began in 2017 when Bottpower specials won two ofthe categories at the iconic Pikes Peak International Hill Climb in Colorado, USA –one of the world’s oldest and most famous races run overa treacherous 19.99km road course with 156 turns and an elevation gain of 1,440 metres. 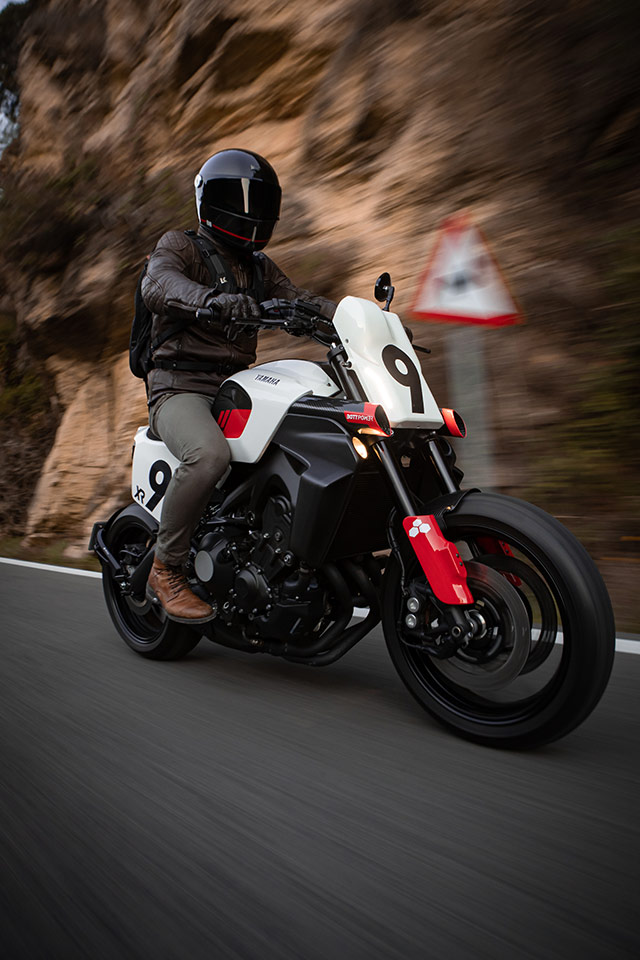 “The XR9 Carbona isinspired by our Pikes Peak victories. With its strong torque and compact chassis, we realized that the CP3-powered Yamaha XSR900 was the ideal base for this dynamicnew Yard Built special,” commented Bottpower manager David Sánchez. “Firstly our goal was to create a cool and fast bike with a modern and aggressive look –and we also wanted to be able to develop a ‘plug and play’ kit that would enable any Yamaha XSR900 or CP3 Platform owner to transform their bike into theXR9.”“Using our extensive experience with composites and 3D printing, we introduced Yamaha R-series elements like the hidden round headlights to create the feeling of a race bike with a numberplate,” explains Bottpower’s senior designer Hugo van Waaijen. “The XR9 Carbona features a lot of optical mass around the engine meaning a stubby front and short rear –and when looking from the ¾ front view it reminded us of a Pitbull with strong muscular shoulders (the fuel tank) and a hunched look which creates a powerful stance.” 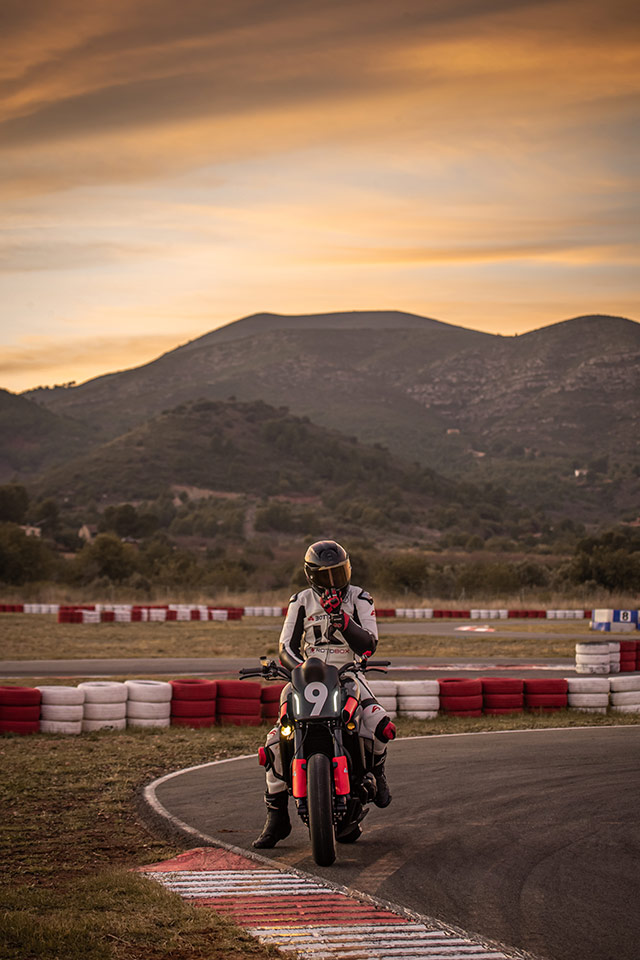 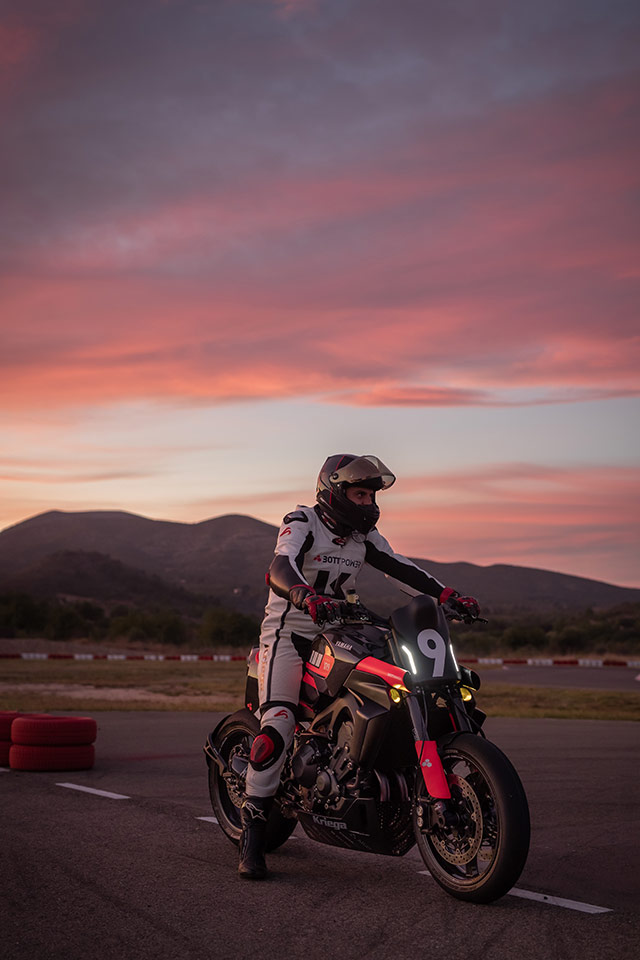 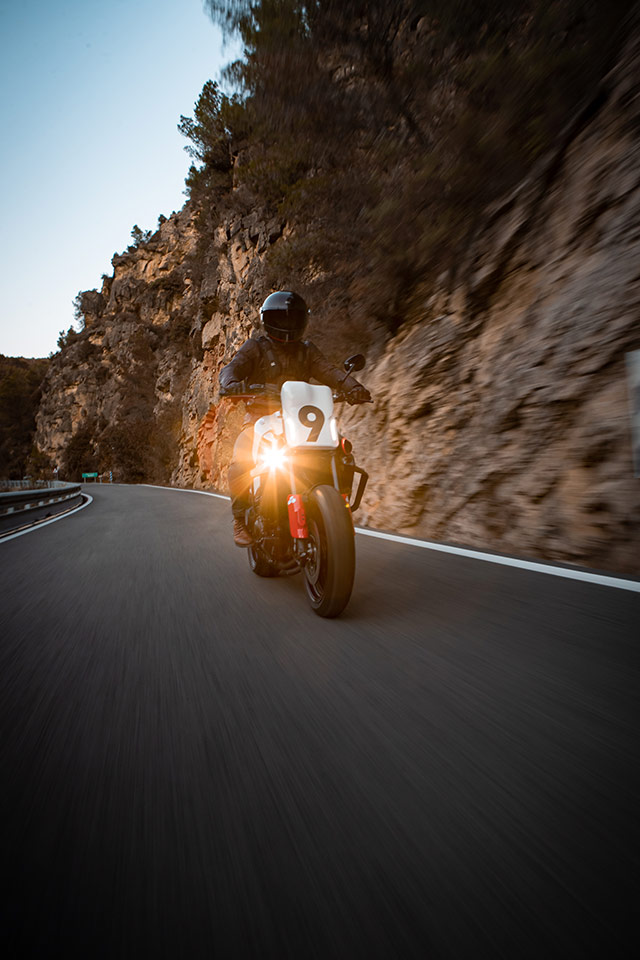 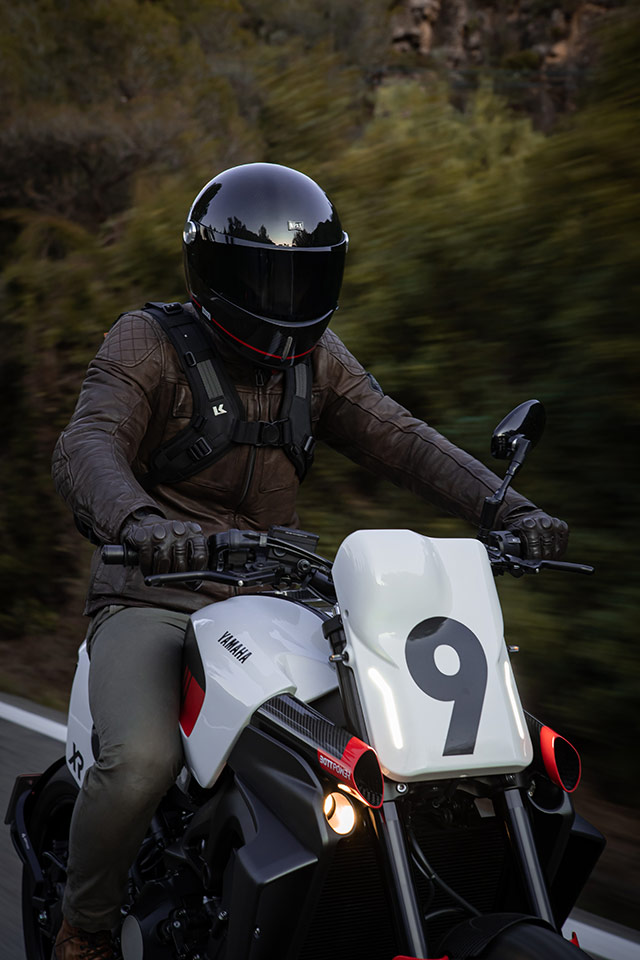