Who are Young Guns?

Nik Heer | Passionate. Free spirit. Motorcycle lover.
Nik is the head of the Speed Shop, creative brain and mechanical mastermind. From an early age, Nik was fascinated with engines; he had read his first book about engines long before he was allowed to ride a motorized bike. During his youth he was constantly working on bikes, the only thing that changed was the size of the toys. He soon started to help out his fellow friends to fix and modify their bikes. After finishing his education as a multi-disciplined engineer, Nik is now building, restoring and customizing motorbikes for a living, working on a wide range of bikes.

With an age of 26 years, Nik is one of the very young bucks holding a record in Bonneville. Besides land speed racing he is a feared dirt track rider. When not working on his projects or racing motorbikes, Nik can be found snowboarding, skateboarding, making music or working on his art projects. 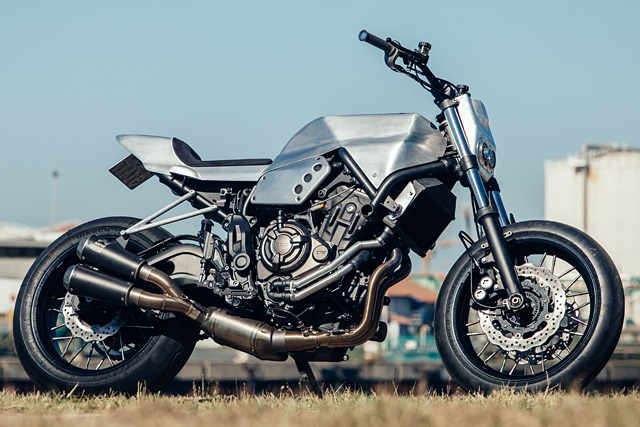 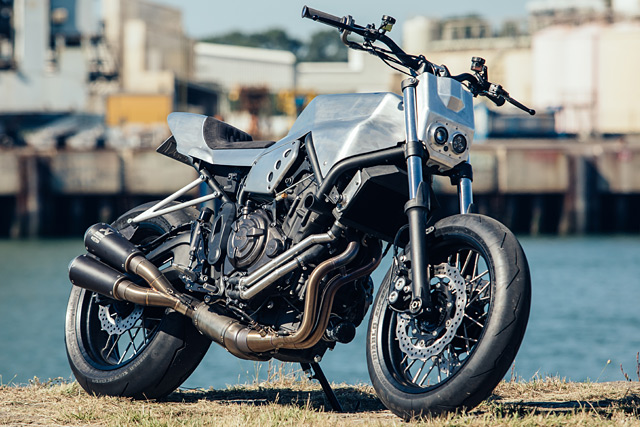 Fabian Witzig | innovator. Young buck. Down to earth.
Growing up on a farm Fabian had an endless playground and all the machinery one can think of to get wild. Just like Nik he started to work on all kinds of engines and machines at an early age. Fabian is never short of an idea how to work around technical problems with our bikes and he’s a true master of the craftsmanship. He joined the Young Guns two years ago and, even though being the youngest of the bunch, he has proven himself as an invaluable member both on a personal and professional level.

When he is not in the workshop (where he currently is almost 24/7) Fabian loves playing guitar, or he helping out on his dad’s grain farm where the boys often build tracks and ride. 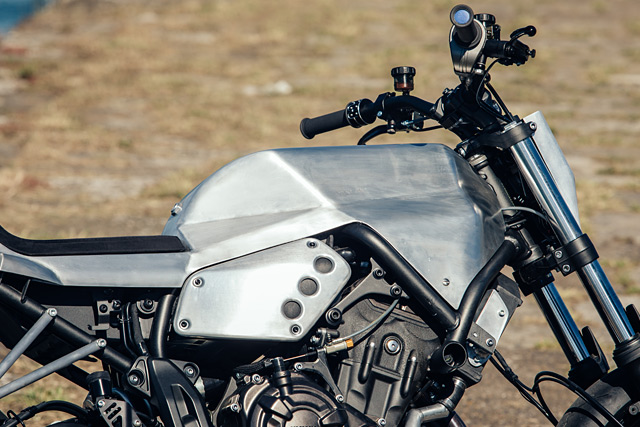 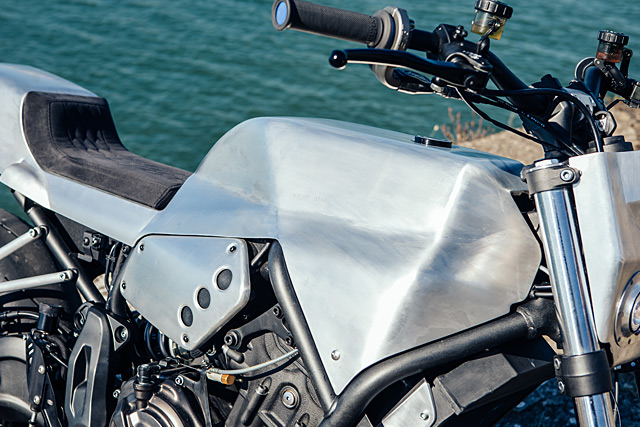 Marco Zesiger | Babyface assassin. Balls of steel. Faster than you
"Zesi" is a serious racer. He started riding motocross when he was 6 years old and never went for a break. With just 21 years he has already taken part in the Swiss motocross championship 13 times in a row. Sounds angry but actually he is one of the most lovely guys and always up for stealing horses. When Marco finishes his educational path this year, he will join the team in the workshop as a reliable and innovative machinist.

When Marco isn't in the saddle, he loves to strawl around on dance floors and just wants to have a great time. 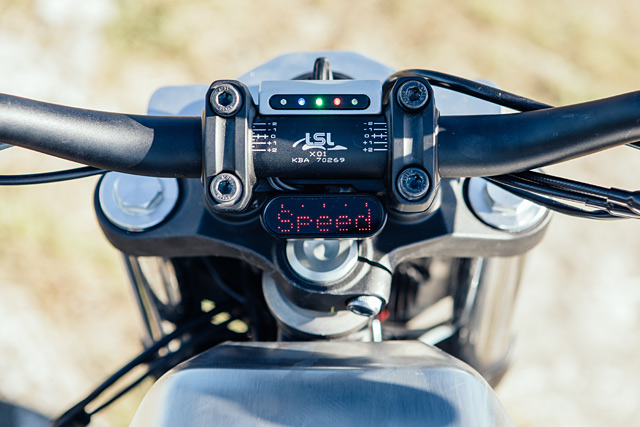 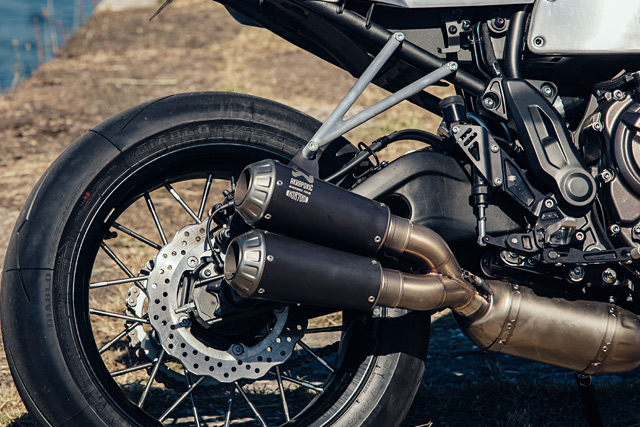 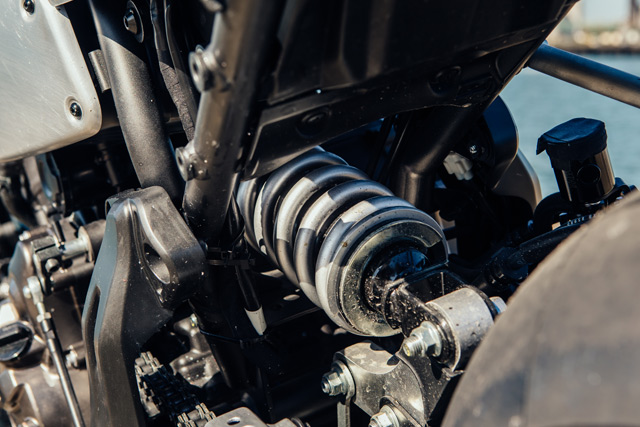 Where is the inspiration of the concept / design coming from?

What are the technical / design specification?

Our thought was to build something that really fits the DNA of the XSR 700. A simple, light and useful daily drive. As Yamaha has developed a very cool and technically simple base, we wanted to go on like this. We did not want to interrupt the thoughts which engineers have put in. Our goal was to build a great working, good looking, sleek and stylish Street Tracker. So we produced a custom made aluminum monocoque a tailor-made radiator and cleaned up the front using a taper handle bar with hydraulic levers from Magura and added a unique custom made lamp mask. To fit our sleek handmade brushed aluminum monocoque we needed to relocate the ECU and the ABS system. However we kept the Yard Build rules and did not cut a single piece of frame. For a perfect finish we used the best aftermarket parts like Borrani wheels, Gilles Tooling Billet Rearset Kit and for sure the great Akrapovic exhaust which was made especially for the XSR 700. 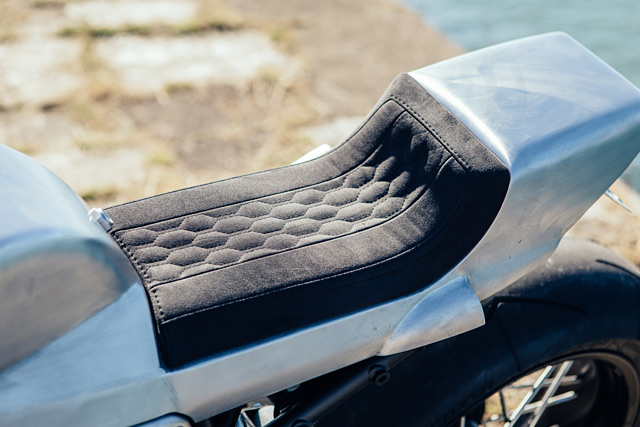 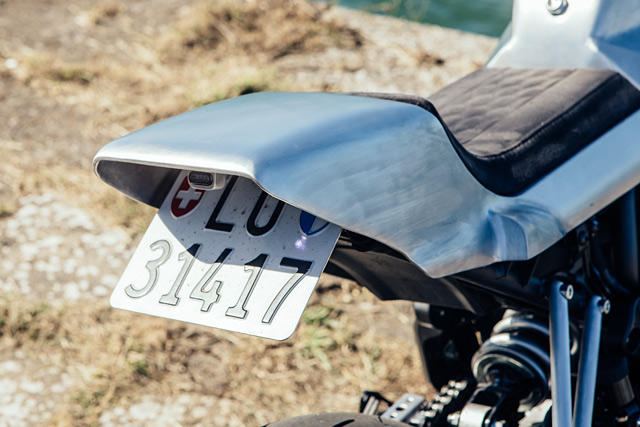