Deus Ex Machina Italia comes to the soul of Yamaha XJR1300, to create a dream custom

In 2012 Yamaha started a revolutionary project, asking some talented preparers to unleash their creativity, transforming series models into "Yard Build Special", capable of lighting the imagination. After making the first prototypes, every builder is now committed to the creation of unique aftermarket kits, enabling pilots to realize their desires and build on their own motto that they had always dreamed of. Stimulated by the spirit of this challenge, the famous custom Deus Ex Machina motorcycle makers are just the latest in time to tackle the development of another Yard Build Yamaha: Project X. 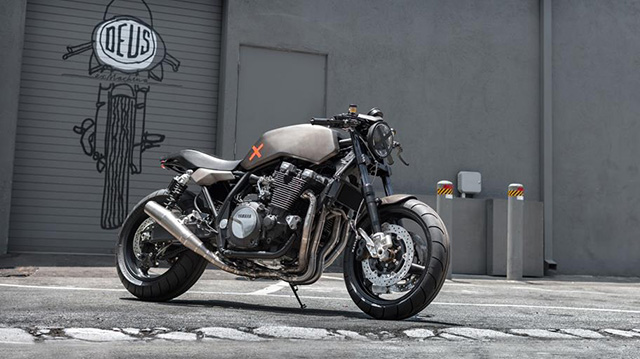 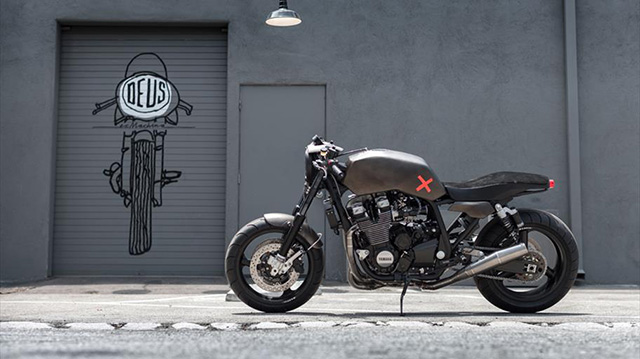 Deus Ex Machina, mystical motorcyclists whose name is inspired by a genius of Greek theater, the ultimate "stage shot", are known around the world for their handmade bikes, and because they love to enjoy working. The showrooms in Italy, America, Indonesia and Australia have quickly become the epicenter of creativity lovers. Taking Yamaha out of the same passion for self expression through the two wheels, it was a fate that philosophical mechanics would meet the house of the three diapasones to transform a serial bike into something that had never been seen. The time has come, and here's how Deus Ex Machina tells Project X ..." 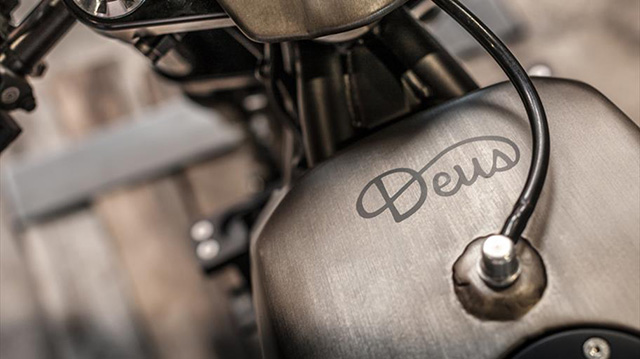 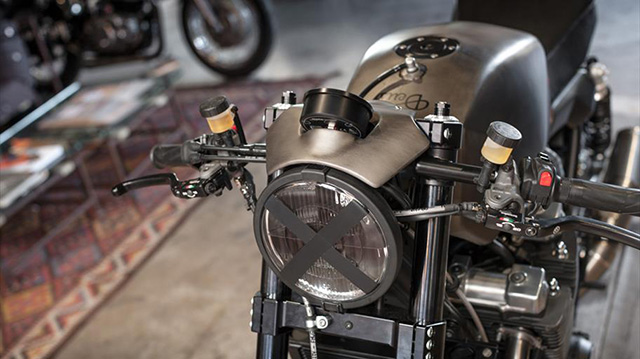 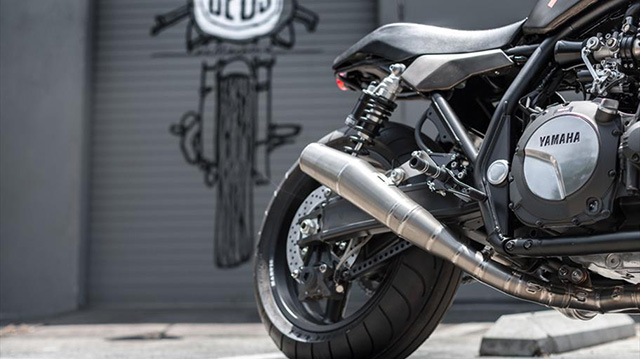 "The Yamaha XJR1300 for Deus Ex Machina has always been an intriguing bike. We looked at her and asked her: what's under the skin of this muscle-bike? "Reminds Alessandro Rossi of Deus Ex Machina Italia. "We've been inspired by the legendary motorbikes used in endurance races from the late 1970s to the 80s, with their sleek, slim look. Motorbikes born for one thing: winning races. We decided we had to release XJR from superfluous, to create a bone-reduced custom that proudly proudly displayed its own heart, the 1251-cc air-cooled engine that seemed ready to fight!"

"When we started to take pieces off the bike, we realized it had a very aggressive attitude, like a bulldog with wide shoulders. An impression we wanted to emphasize by adding a wider handlebars and then working hand-made aluminum sheets to carve the look of the bike. Along with Luca Viglio, Filippo Bassoli and all the team of preparators, we spent hours and hours knocking the metal, molding the tank, the sideboards and the front lighthouse to get the perfect shape, the one that best represents the new " physical "of XJR. When we were completely satisfied with the achieved result, we used a special paint on the metal. 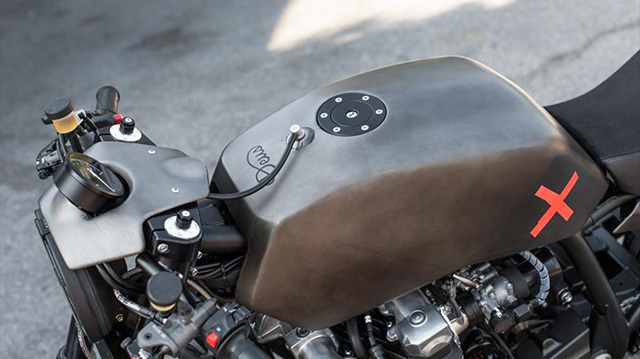 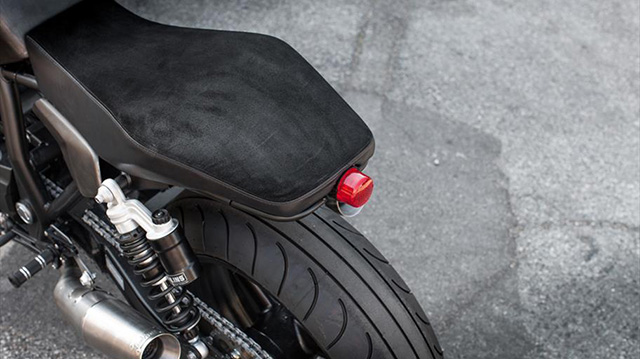 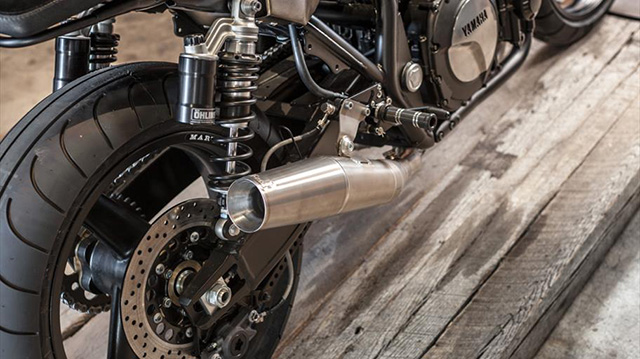 "We call it" dark transparent "because it is neither black nor brown. In fact it is black and brown at the same time, and becomes amber when its transparency allows aluminum to emerge. The color is never the same, it is a really strange painting and changes the tone in relation to the angle of incidence of light. "

"However, we have never forgotten that the goal was to pay homage to endurance bikes, with particular attention to style. To remain faithful to the source of inspiration we have equipped the motto of exceptional components. Öhlins suspension, radial brakes and Brembo clutch lever, Leo Vince titanium discharge, Pirelli tires and Marvic Streamline magnesium rims. It would have been nice to keep the brilliant original color of the Öhlins suspension, but it would not be in line with the character of our creature. So we anodized the fork and painted the cushion spring in black to make it less visible. The bike is an aggressive street fighter who loves lurking in the shadows, without exposing too much.

"Completed the look, there were only a few finishing details. We covered the flat saddle with leather on the sides and suede fabric on the top as in a racing bike. This solution assures the driver a greater grip, increasing acceleration stability. The saddle is also tight, so the rider can see the engine below it. We also took off the speedometer and just left the tachometer, just like on a real racing bike. "

Finally there was the question of the name. How should the motorcycle be called? Yamaha asked us to work in absolute secrecy, so there was only a suitable name to define it: Project X ...

"Project X is a radical model, and we hope it inspires owners of a Yamaha XJR1300 who want to turn their bike into something special. To help them realize their dream, at EICMA 2013, in November, we will present a "kit" version of Project X. In the purest Yard Built Yamaha spirit, the kit will consist of components that anyone can buy from Deus Ex Machina. And that's not all we have in the agenda. Each of us had so much fun in Project X's development that inspired us to build another bike, which is still a secret. I can not say a lot about the new project, but I anticipate that it is much closer than Project X to the legendary endurance motors of the past ... 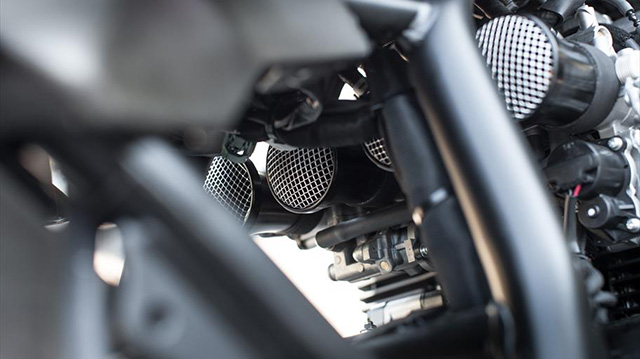 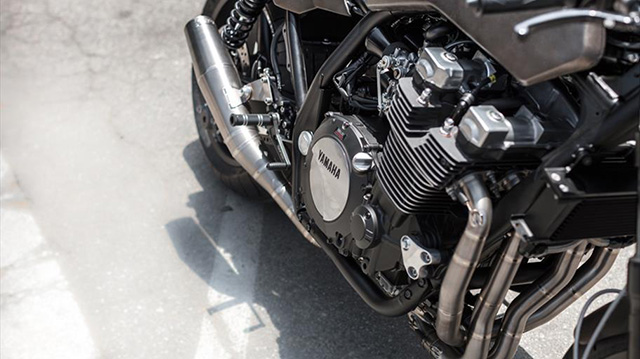 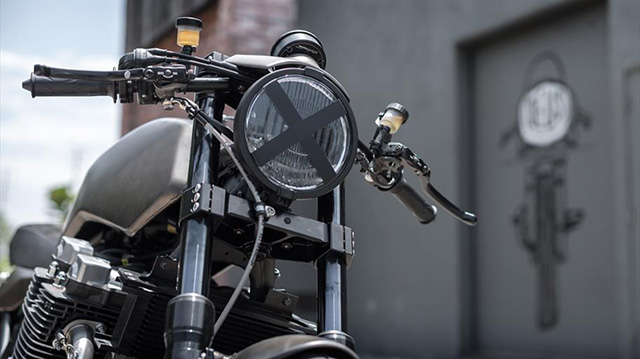