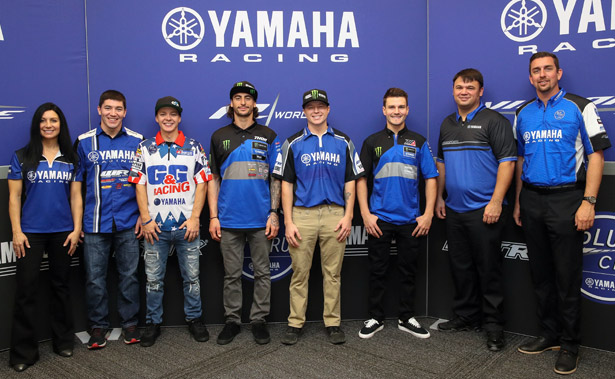 Yamaha continued its storied tradition of recognizing Yamaha bLU cRU racers who won motorsports championships during a special Wall of Champions ceremony held in Atlanta, Georgia, on Wednesday, December 18. With more than 150 Yamaha employees in attendance, we honored eight inductees who won professional championships in the 2019 racing season.

“This year was an exciting one for the Yamaha bLU cRU. Boasting multiple championships and podium appearances, we are thrilled to welcome these racers to the 2019 Wall of Champions,” said Steve Nessl, Motorsports Marketing Manager. “The Yamaha Wall of Champions not only represents the success of these talented riders and drivers, it showcases our commitment to racing and producing world-class products. From all of us at Yamaha, congratulations to the 2019 Wall of Champions inductees. Thank you for representing Yamaha with professionalism and competitive enthusiasm.”

The inductees received copies of their honorary plaques that will be added to the Wall of Champions, which commemorates the accomplishment of past and present champions.